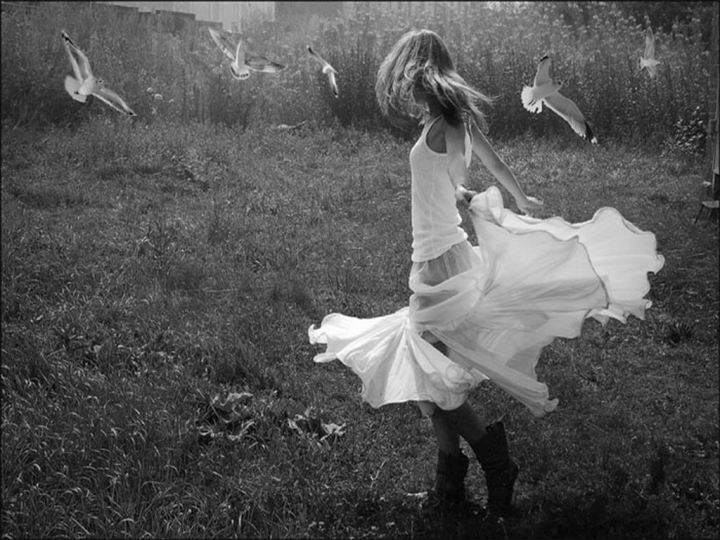 She flows with the wind 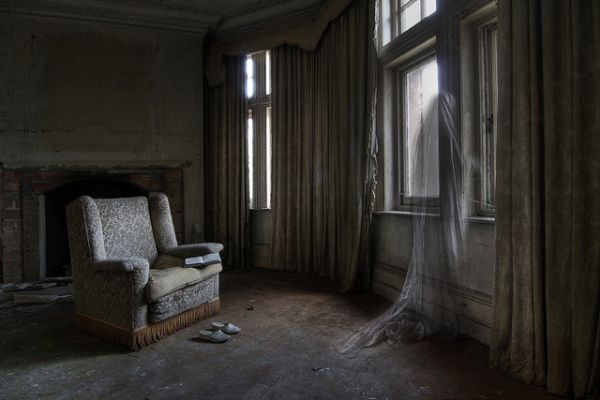 Sibylline, sylph-like she slips beneath

The surface of my consciousness

My senses run naked over the walls

Searching for some suggestion in

Those sly shadows that fasten strictly

To the quiescent but she has departed

Now, spooked, perhaps, by the intensity

Sometimes she speaks, in semaphore,

In the shifting of objects through

Interstellar space. I have lost all

Sense of direction. Should she not

The strain of farewell is still upon her

Is there no light to entice? No suitor to summon?

No sympathetic egress slightly open so that she

May pass seamless into the other realm?

She wanders desultory through the hallways

To what sorrow is she enslaved? To what

Purpose does she tether herself to this

Somatic sphere? I have found nothing

Disquieting about her passing, save

The brevity of her life. Is she simply

I went mad with alliteration but it was a lot of fun lol I have had an unusually hectic weekend and in a little while I will leave town again for a number of hours. I haven’t had nearly enough time to write 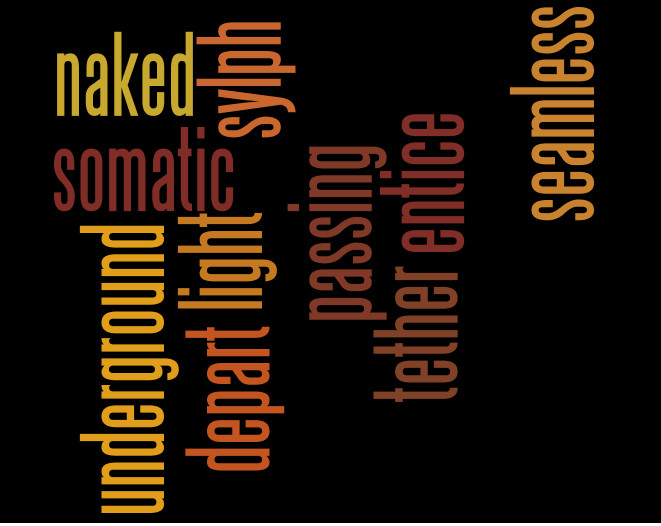 I have always wanted to create my own wordle so here it is!

If you specialize in limerick

You have a choice between “Bondage” or “Ghost”

If you want to submit a photograph aim for something ethereal, sylph-like, supernatural in appearance

If you write stories or specialize in longer forms of poetry there is no theme  just try to include all 10 words. The word doesn’t have to be in the same form as presented “passing” could be “pass”  “passes” or “passed” for example. As I am the one that came up with the vocabulary for the wordle I gave myself an extra challenge. In addition to the specified vocabulary I used heavy alliteration as you will see. You are welcome to use alliteration as well but its not required. I hope I didn’t make this impossible! If you enjoy this we will throw a wordle into the mix every now and then.  Remember you guys can also suggest challenges and if ever you need adjustments just ask I am flexible. PS you can submit multiple entries because the group is quite small right now.