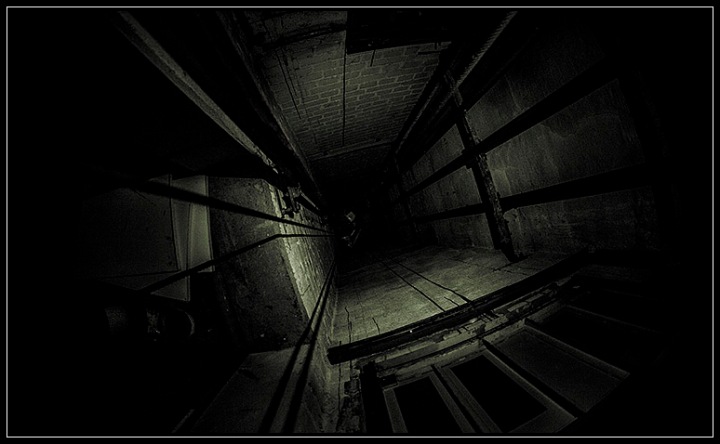 Woman in paisley print skirt: Are you suffering from some type of intellectual deficit? A fetish? A death wish? A complex perhaps?

Man in flannel jacket: I don’t have time for your antics we’re all headed for the same place just push the damn button would ya?

Woman with striped umbrella: (whines) Why hasn’t he returned my calls?

Woman in polka dot sweater: They never do. It’s entirely personal and you should take it as such. Whoever heard of post-coital amnesia anyways?

Man in flannel jacket: The Venusians are a contentious lot.

Man with messenger bag: Does she love me? Has she found someone else? Maybe I should workout. Get a job. Move out of my parent’s basement.

Man in flannel jacket: There are bats in the eaves. A wake of revulsion.

Woman with striped umbrella: His aorta holds as a latch so that nothing given can depart unblemished.

Woman in polka dot sweater: Love is only fatal when dormant.

Teen boy on phone: Archetype of Death 3 premieres on Wednesday. I’ll bring the sleeping bags. (I am so fucking lonely)

Man with messenger bag: Her smile is like a halo split and inverted.

Woman in paisley print skirt: Does she still speak to the Devil?

Man in flannel jacket: She speaks always on his behalf. Pity is a terrible mother.

Man in flannel jacket: Is that blood?

Woman in paisley print skirt: From the Apocalypse? That was last week…it’s probably just lipstick or a spot of red paint.

Woman with striped umbrella: What’s the weather like? I haven’t been outside since this morning.

Woman in polka dot sweater: It’s as cold as a serpent’s kiss and twice as venomous.

Old man: (shouting) For heaven’s sake Eleanor what time is it?

Old man: (still shouting) Is that vodka in your purse woman!?

Eleanor: (giggles) It’s vinegar to keep the flies off.

Woman with stripped umbrella: (shrugs) What’s the use he never listens.

(I have a lot of trouble understanding what I am hearing when in a crowd so I thought I’d have a little fun with that. I also recently read a story written in complete gibberish. Anyone else want to give it a go? Post a link in the comments.)

This submission is for: Tale Weaver’s